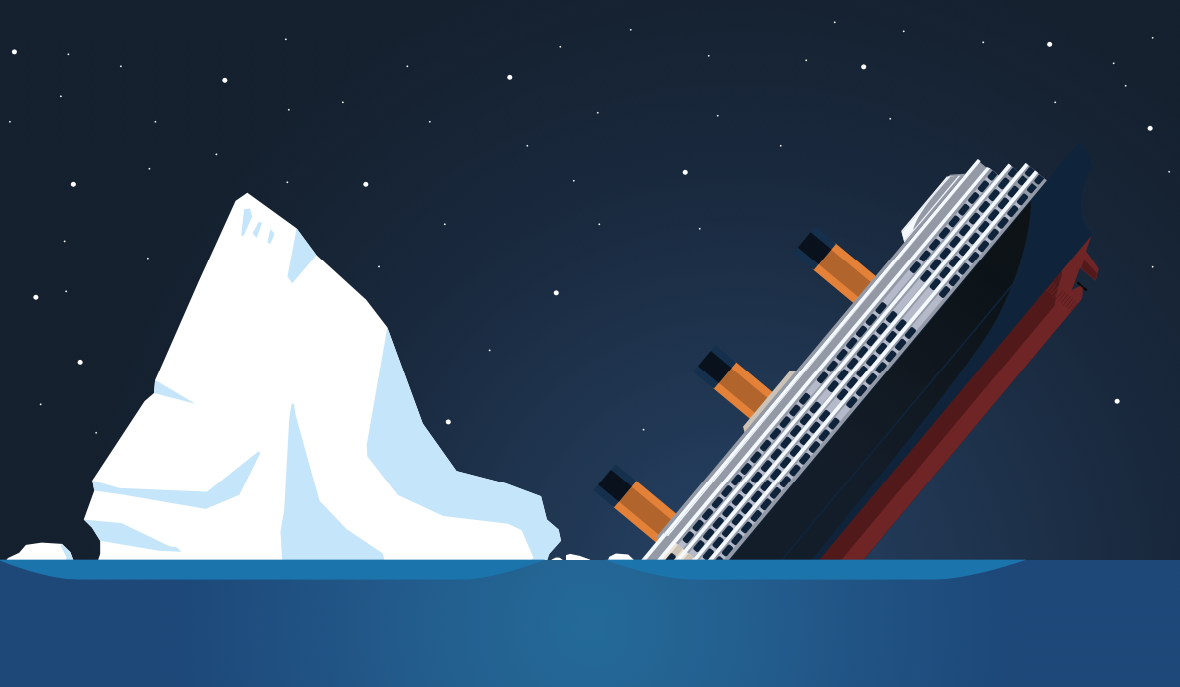 Titanicdotes happen when you are ill-prepared. You start telling your story, it sets sail, you think it's going to be brilliant but it turns out to be too long and sinks.

Effective, vivid and interesting stories don't need to be the size of a cruise ship. Concise, colourful and example-rich anecdotes are brilliant when short and to the point.

Here's a great example, a client of mine was looking to promote herself (without feeling like a showoff) because she wanted to be elected as UK president of Judo. She's a former Olympian.

She said, "I want you to challenge me and push me out of my comfort zone." She's a sportswoman, so she's going to say all that stuff, isn't she?

I thought, OK, bring it on. Let's think about a national live television appearance. I mean, that's fairly thrilling, isn't it? If you're looking for adrenaline, that's going to wake you up. So with a little work, we managed to get her on local radio to talk about her sport.

That interview was heard by national broadcasters and she was picked up by national radio and national television to discuss the sport. She ended up on a rolling news channel. Fantastic.

A practical and fun introduction to powering up your profile using our tried and tested Bit Famous techniques. Teams can try their hand at speaking and presenting, being interviewed on camera and sharing their expertise using social media video. Bit Famous Workshop

Now, she could have done that interview with a minimum amount of preparation. After all, she already knows her subject. She might have assumed that she knows everything there is to know about Judo, and she can answer any question fully and completely and accurately, and she'd be right.

But that doesn't make for very compelling content. It just means you're able to answer some factual questions correctly.

So she prepared some stuff to say, she also had a think about what she might be asked. I showed her a few tricks and tips about how to answer questions.

For example, you might not know the full answer to a question but you can always either:

On TV she was asked about an athlete's training regime. Here's how she tackled it:

She said, "that (sportsperson) is a dedicated team player. They absolutely deserve their place on the Olympic team."

Then zooming in she said, "Their mum would take them training every day, twice a day. They'd study for GCSE exams on the journey with a pile of school books in the car with mum asking revisions questions."

Then zooming out she said, "So, yes, it's a really gruelling regime training to be an Olympic athlete or having ambitions for that. But you need to have real-life in between."

So expertly she gave us all the detailed colour and interest of an individual's training while also looking at the broader picture.

She offered an inescapable visual moment. It's a story, but it doesn't have to be elaborate. She thought about how she'd tell it before setting sail. She prepared it before she was even in the spotlight.

My recommendation is to begin to build a catalogue of your stories. Little stories, gems, moments in time like that car journey with GCSE revision. It was just a vignette, but very useful. Prepare them and write them down. Whatever you need to do, think about them. With a little effort and practice, soon you'll be avoiding Titanicdotes.