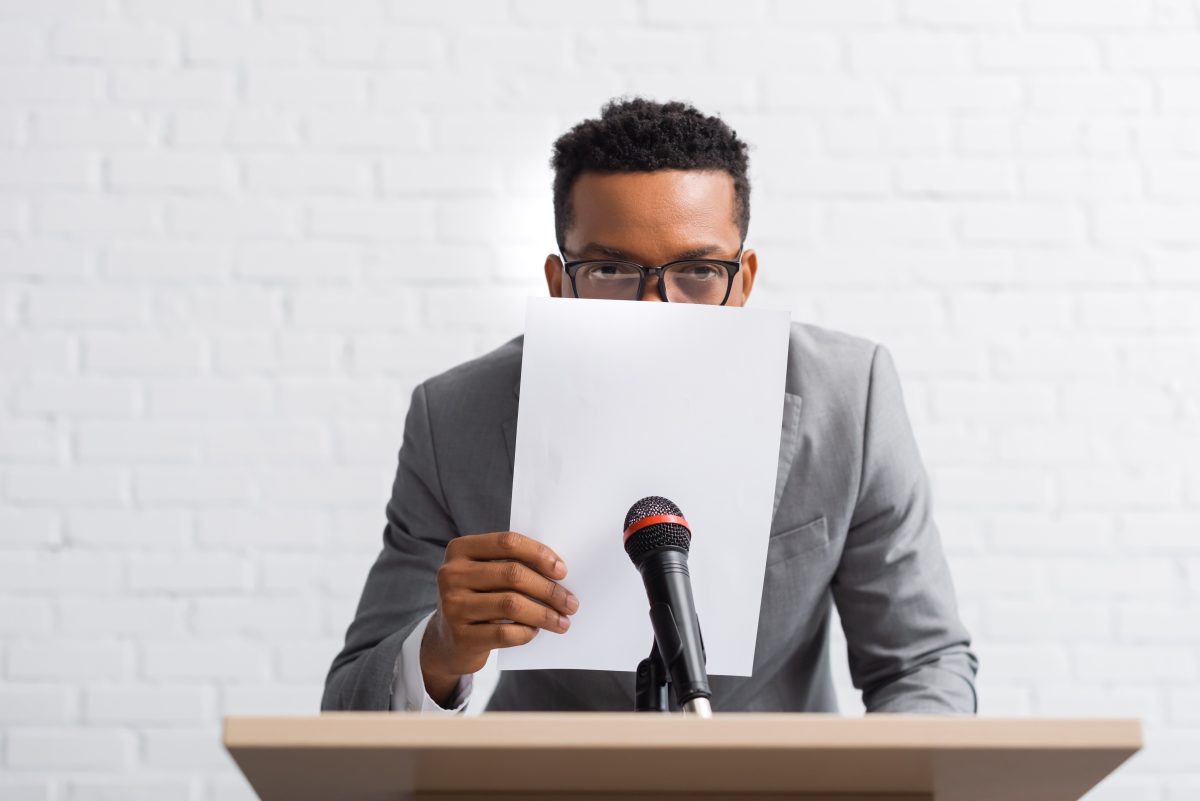 I've got a bit of a challenge on with somebody. I'm trying to convince them that having an opinion and sharing it is a really good idea.

Now you might be in the camp of: "Oh, no way. I'm not sharing my personal opinions anywhere or with anyone because that's the recipe for disaster. That's the road to ruin."

I, however, believe you absolutely must share your opinions and your experiences and your thinking about things so that people understand what you stand for, who you are, and where you're coming from.

Often we think about personal opinion as being connected to politics, and that's really dangerous, isn't it? But I'm not talking about that sort of opinion. I'm not talking about bringing back hanging. I don't mean "be opinionated" in a really big way. I just mean share what you believe in or what your passion is.

We'll teach your team to take advantage of opportunities to share their expertise through panel discussions. We show our delegates how to shine as panellists and moderators so they are memorable, engaging and likeable. Panel Discussion Training

The person that I'm dealing with is shy of doing that, she says it's not right. She doesn't want to be in the spotlight sharing her opinion, but she is the head of a really big organisation that has a job of sharing what it's up to.

Her job is to enthuse people, excite them, inspire them, and encourage them, what leader doesn't have that job?

Sharing your opinion might feel a bit exposing, and I think if you've tried to share your opinion previously and been shot down. You might not be too quick off the mark to repeat that.

However, let's frame it differently. If I was to say, look it's okay to share what you believe in, what your passion is, what your thinking is. In other words, what is the comment you would like to make? It then becomes much easier to justify sharing your opinion.

If you sit with both buttocks firmly clenched on either side of the fence not sharing your belief and your experience, then I think you shortchange people.

They'll never understand who you are and what you stand for, and you become a bit bland as a result. That's not exciting. That's not enthusing and inspiring people, that's just bland.

In this scenario, you end up falling back on corporate key messages, and you get yourself tangled up in all of that.

Yes, key messages are great. They're really important to get across. But the only way in which you will get a feeling of humanity across is if you share your beliefs, your ideas and your passions.

Also, think about some of the people around you who do share their opinions confidently. I'm sure they're not bad people, and therefore, if you do the same, you're not going to be seen as a bad person.

Yes, we might expect a little bit of criticism, but it depends where you hang out and what you say. I mean, if you go on Twitter talking about fox hunting, you can pretty much expect strong opposition to that from certain quarters.

But if you're trying to infuse people and bring them along in a positive way, it can really work. The Scottish National Party had a massive decision to make a few years ago. They wanted to win the next election. They hadn't had a big foothold in Scotland for years, and they wanted to win. (Good suggestion, let's try and win this time.)

So they started to speak positively about what they were doing. They started to speak in positive terms, inspirational and exciting terms. Let's think about the future and how it could be (without slagging off the opposition) and it really paid off.

Their story is a long one now, and they've been in power for many years, so the same could be true of you and your opinions, no matter where you share them.

If you're positive and light touch about it and enthusiastic and passionate, then you can convince other people to come along, or at least to hear you out.

Otherwise, you're a bit boring and no one wants that, do they? The world is stuffed to the gills of boring stuff, isn't it? So let's think about how we can inject a bit of, you know, delight and joy. It's just all there for the taking.